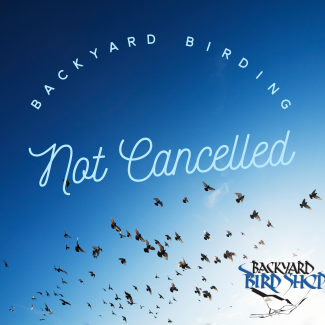 Steller's Jay⠀⠀⠀⠀⠀⠀⠀⠀⠀
Who's that jay with a crest? Folks are tempted to call it a Blue Jay (also crested but not found here) our crested jay is the Steller's Jay. It is named after George Whilhelm Steller, a German naturalist, who first saw the bird in Alaska in 1741. These jays are a year-round resident living in dry conifer and mixed conifer-hardwood forests, though some birds will move into other habitats in winter. ⠀⠀⠀⠀⠀⠀⠀⠀⠀
Fun fact: Steller's Jays mimic a variety of local birds. They mimic the call of a Red-tailed Hawk most commonly, but they have also been known to mimic mammals and mechanical sounds like water sprinklers, telephones and squeaky doors. ⠀⠀⠀⠀⠀⠀⠀⠀⠀
⠀⠀⠀⠀⠀⠀⠀⠀⠀
Photo Credit Kokoma Ika⠀⠀⠀⠀⠀⠀⠀⠀⠀
#steller'sjay #Jays #birdsthatmimic, #birdwatching #ConnectWithNature #backyardbirdshop ... See MoreSee Less

I love how they swoop into my yard making machine gun fire noises. My family jokes that they are Californian because they have blue mohawks and are always saying, "Right? Right?" I feed them whole peanuts and they love Fly Through Gourmet.

Beautiful birds and quite different from the beautiful blue jays I enjoyed while living on the east coast.

Noisy and pesky birds but gorgeous. We keep telling the one who lives around here to stop sounding like a hawk 'You are not a hawk.'

If my suet cage is empty, they’ll eat sunflower kernels from my seed feeder💙

In addition to suet they also eat hazelnuts

I call them the stormtroopers of birds, they love unsalted corn chips as well

This is the cutest!!

I dont think our male Anna's would share this.

One time I whistled a greeting to a charming singer in the brush. Ran right into him as I turned a corner - it was a duck hunter.